I was recently watching the DeepMind's AlphaGo documentary, which starts with several views of Oxford, including a shot where half of the frame is filled with the outside of The Sheldonian Theatre, the other half showing the History of Science Museum. I've been to Oxford once, and while I didn't know the exact location (nor that those buildings were called like this; I had to google it), I immediately recognized the style of this part of Oxford from the second part of the seventeenth century.

Next scene: some gentlemen playing Go in a street that I immediately recognize as Bordeaux. It's rue Saint-James, with the Grosse cloche de Bordeaux, fifteenth century, appearing at the background. What's interesting is that here again, I had to google it to find the exact location. While I lived for about five years in Bordeaux, I haven't been too much in this street, and at first, I thought that behind the Grosse cloche there would be the Garonne river; it appeared that the location I was thinking about was all wrong.

By looking at two pictures showing the mostly unfamiliar buildings, I could recognize the city, based exclusively on the style of the architecture. In the same way, I once recognized Pisa (and that was a view of Arno river and its neighboring houses, not the Piazza del Duomo and its Torre di Pisa recognizable by virtually every person in the world), and several times—my favorite city of Paris and a bunch of other small towns I've visited before.

In 1999, Roman Polanski releases The Ninth Gate. The story takes place in United States, France, Spain, and Portugal. Without explicit legend telling which location is which, it is still very clear where every scene takes place. How could it be that just showing some street in a small town is enough to make it clear what country is that?

This recognizable character of cities and countries would be all lost if today's architects continue building the modern crap they build now.

Look at this image from Street View. Where are those buildings? What country? Maybe it's London? Or some city in United States? Does this architecture looks like something... Australian maybe? Or is it some business district in Jakarta? Maybe Moscow? 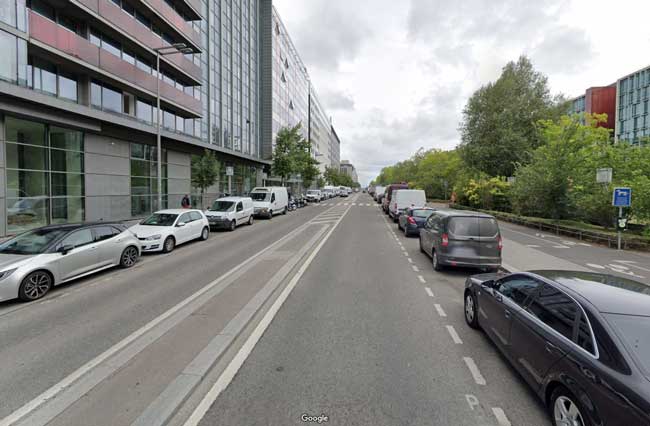 For those of you who work at La Défense, the business district near Paris, this location might be recognizable. At the condition that you were there a lot of times. If not, no way you'll recognize it, because it has absolutely no personality, nothing special. Nobody knows who built them, and frankly, nobody cares. It doesn't transcribe the French culture, the history of Paris, the history of this specific part of Paris. A similar building can be found anywhere in the world, from Hong Kong to Chicago. It has no respect for the heritage, and no respect for people who live there, who work there, who walk in this street.

Is it wrong? It depends.

We as humans may decide that we don't care about history, that legacy has no importance. Maybe we should destroy all the buildings from the nineteenth century and before, burn all the books, ban historians from our society, and rebuild the new great world where every place is the same, would it be a small village in the south of Italy or a district in New Delhi. After all, this very article is written in English in order to appeal to a larger audience—the same way, the buildings we build would appeal to the whole world, instead of retracing the roots of a given collectivity and a given location.

Or we may decide that roots matter. And that Normandy, Loire Valley, or Brittany have their importance, that villages such as Riquewihr in Alsace, France, or Riomaggiore in La Spezia, Italy, are unique locations, with unique feeling, unique architecture, and unique history, which should be preserved.

If we chose the first option, there is a risk that there would be no way back. At the moment of writing, I live in Paris for the fifth consecutive year. During the past four years, I've seen a series of buildings demolished, in order to build crap instead. I'm not even mentioning London, where entire districts look like a permanent construction site. What for? To erect crap built from glass, which looks exactly like crap build from glass in the United States, Russia, or China. If you have a chance to climb the Eiffel Tower, look at the buildings beneath, the ones close to Champ de Mars. At least ten percent of the buildings are the crap built in the twentieth century, with no respect for Paris architecture. Why is that? Isn't Champ de Mars an important location with important history? Shouldn't we care a bit about a place like that? Because if we don't, one day, someone would, from the top of the Eiffel Tower, look not at the Haussmannien buildings, but rather the culturally-neutral ones like on the image above. What Le Corbusier suggested in 1925, we're doing it now, step by step. If this is our future, I don't want to be part of it.